I work 4 days a week so when Fridays come around, I try to do something special.  Now that may mean catching up with a friend, going to a movie or sampling some of the cafes that keep on opening up in Auckland.  It seems that every week there is a new café or restaurant, or two or three, on the scene.  How do they all survive?

Last Friday, although strictly speaking it was last week’s Friday, not yesterday (confused?), I had such a lovely day where everything turned out just the way I’d want.

First up I headed for coffee and cake at L’Oeuf in Mt Albert.  I must be one of the few who haven’t had un oeuf at L’Oeuf (an egg for those without the benefit of my school taught French), mainly because I seldom go out for breakfast or brunch – I will have had my breakfast early and by mid-morning I am more than ready for a coffee, especially after a drive into the city.  Anyhow, in my book, cake and coffee go so much better than eggs and coffee (just saying…).

Do you ever get that anxious feeling when you step inside somewhere new?  I do, but at L’Oeuf I was instantly made to feel genuinely welcome by the waitstaff. So much so that after all their warm attention I practically skipped out the door.  Great service, guys. 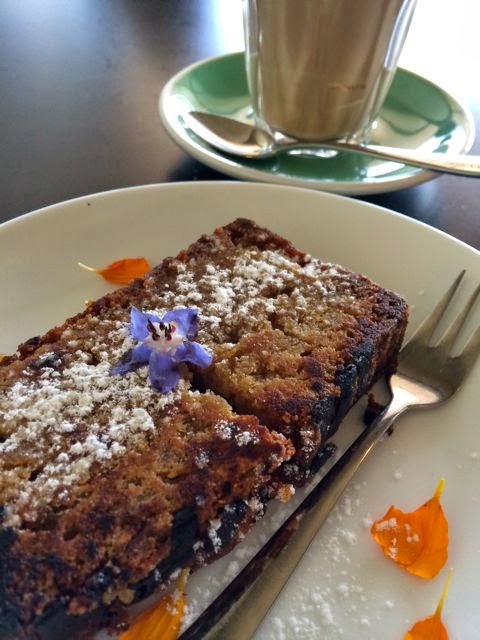 I chose this delicious pear and cardamom cake, along with a latte.  The waitress placed them in front of me and explained they had a new barista so if anything was not up to scratch I was to let them know (it was all perfect).  Later she came by to check and to have a little chat.

Now the really annoying thing is that I used to live close to this cafe and now I don’t.  I sat there wishing L’Oeuf had been around then.  C’est la vie.

Moving on and a short drive to the Capitol Cinema to see Wadjda.  This is a little gem of a movie about a spirited young girl (played so captivatingly by Waad Mohammed that it’s almost like watching a documentary) who comes up with some ingenuous ways to save money for a bike she covets.  As we follow her daily life and attendance at a strict religious school, the film gently illustrates the restrictions of women and children in Saudi Arabia. Directed by a female Saudi Arabian, the movie explores the issues simply and effectively and in a way that leaves you with hope.  My feminist hackles rose several times but I was heartened a few days later hearing a radio movie reviewer say that since the film’s release, bicycle areas had been introduced in Saudi Arabia for young girls to use (one of the problems Wadjda faced was that it wasn’t seemly for girls to ride bikes in public).

The last thing to put a smile on my face before leaving the city behind was missing all the normal Friday afternoon traffic and cruising home with no delays.  Bliss.
Posted by Lesley at 3:57 PM 3 comments: 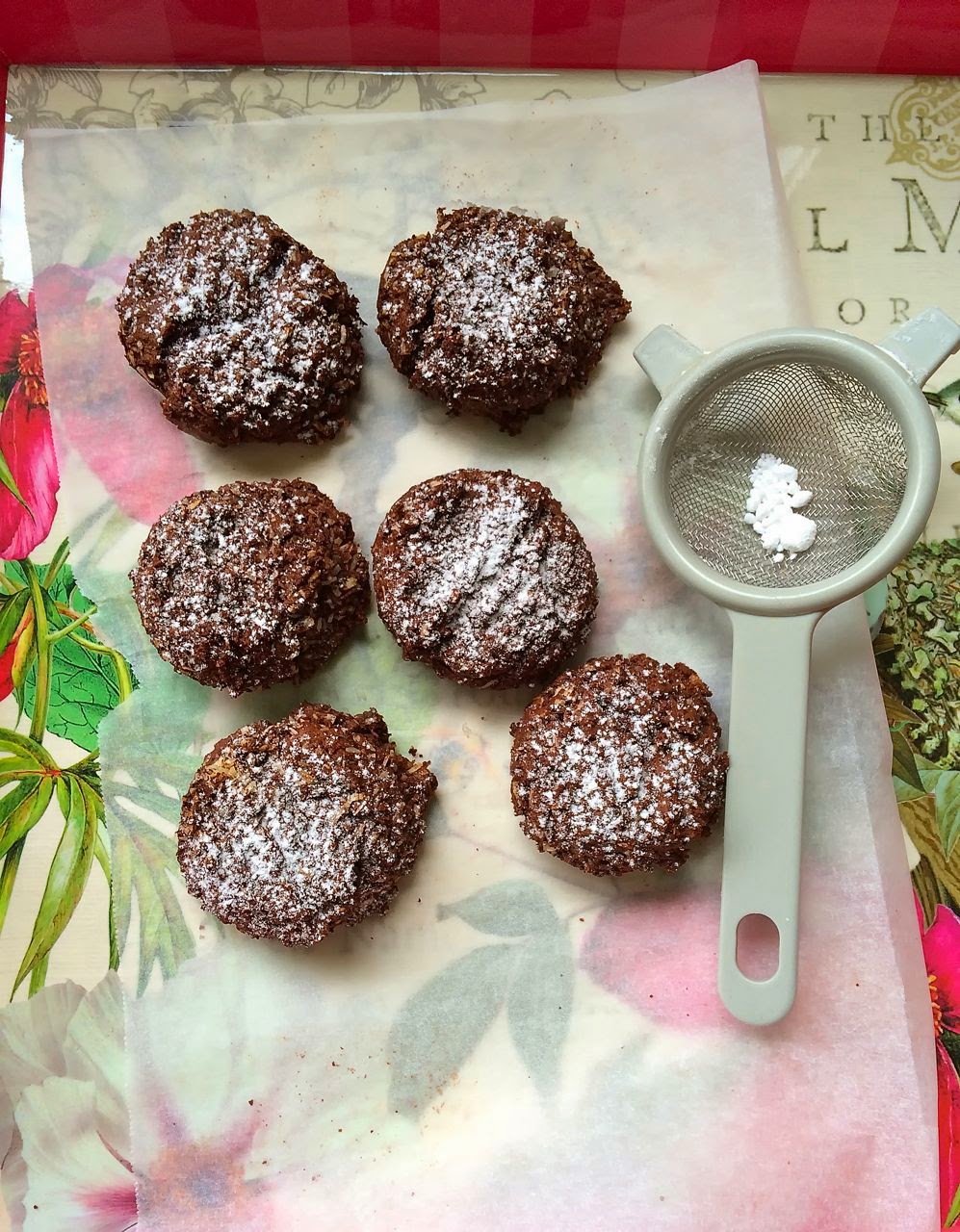 Not to be confused with the highly popular macarons (although it can be quite confusing as macarons are also known as macaroons), I'm distinguishing them like this - French macarons for coloured meringue discs sandwiched with filling and macaroons for chewy coconut  confections with a crispy outer.

I never took a liking to the plain coconut macaroons which were usually pyramid shaped morsels with toasted coconut on the outside but these ones are on chocolate overload and are really something. If you can imagine a meringue based brownie you'd be close to the taste and texture of these - fudgy, chewy chocolate and coconut covered with a crisp baked outer shell. Highly addictive.

Chop or break the chocolate into small chunks and place in a heatproof bowl over a saucepan of simmering water (don't let the water touch the base of the bowl or let it splash onto the chocolate).  Stir frequently until the chocolate is melted.  Put aside to cool.

Place the egg whites, salt and 1/2 cup of the caster sugar into the spotlessly clean (no grease!) mixing bowl of your cake mixer and, using the whisk attachment, whisk until stiff.  Add the remainder of the sugar about a heaped tablespoonful at a time, whisking each addition for a few minutes.

Turn your cake mixer onto lowest setting and briefly mix in the vanilla and melted chocolate. Using a metal spoon, fold in the coconut carefully. 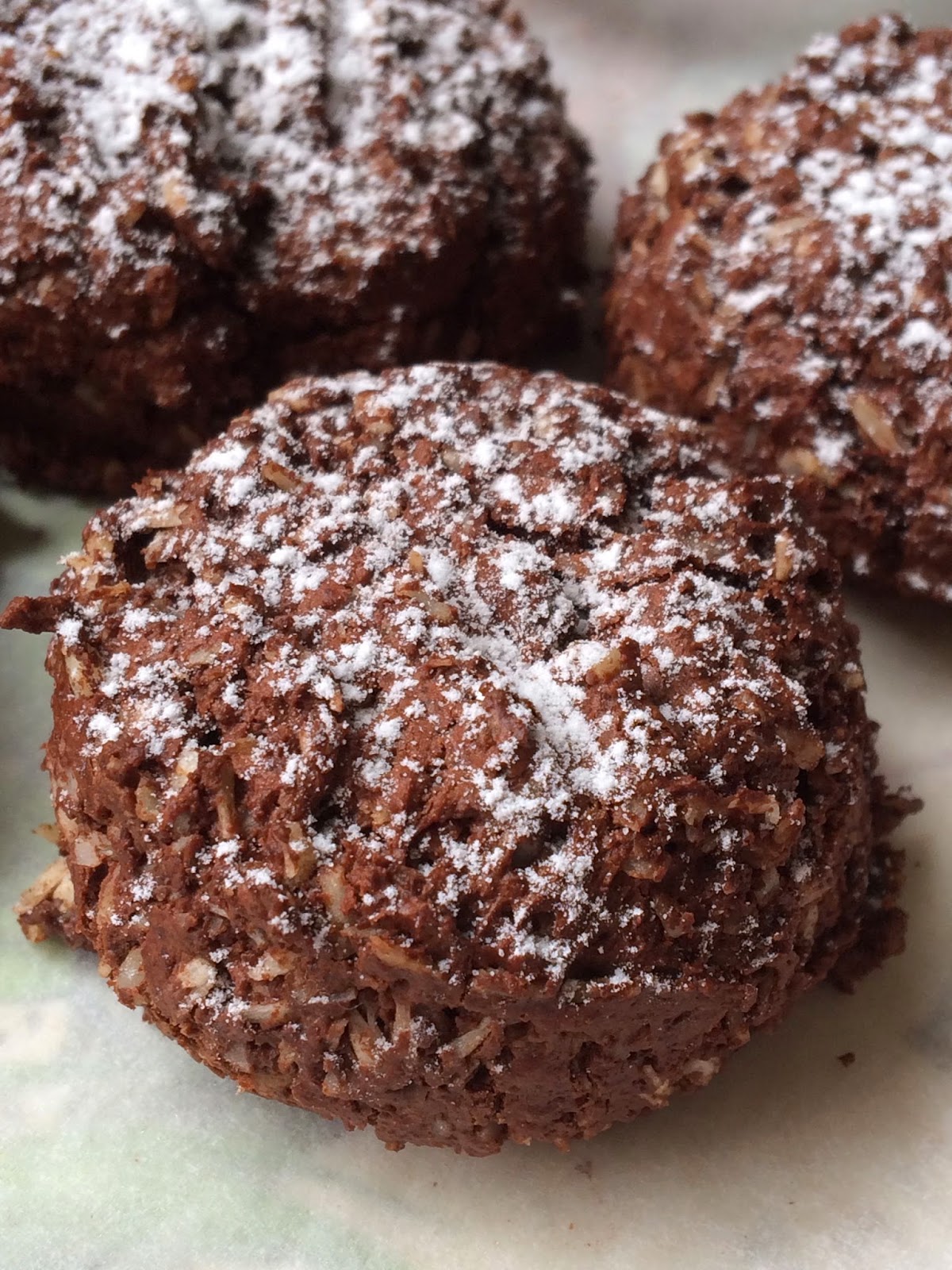 Place small scoops onto the baking tray.   I used a mini ice cream scoop which holds just over a tablespoon of mix, depends on how big you want the macaroons.  I think next time I'd go with just using a spoon to get a more rustic look at these were too rounded for my liking.

Bake for approximately 15-20 minutes until crisp on the outside but soft and chewy in the centre.

I'm sharing these with Sweet New Zealand hosted this month by Frances at Bake Club.

I'm also pleased to be participating in We Should Cocoa as this has been on my food blogging To Do list since, oh I don't know how long.  We Should Cocoa is also a monthly food blogging event all about chocolate and whatever other ingredient the guest hosts come up with.  This month's host I'd Much Rather Bake Than ... has chosen coconut so it seems I am lucky in that all my stars converged (drum roll, please) resulting in my first ever entry. 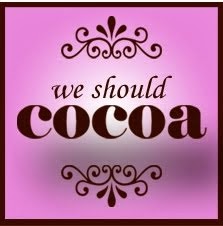 And if you want more chocolate and coconut loveliness, don't miss this previous post - another favourite of mine!

Tomato Chutney in a hurry 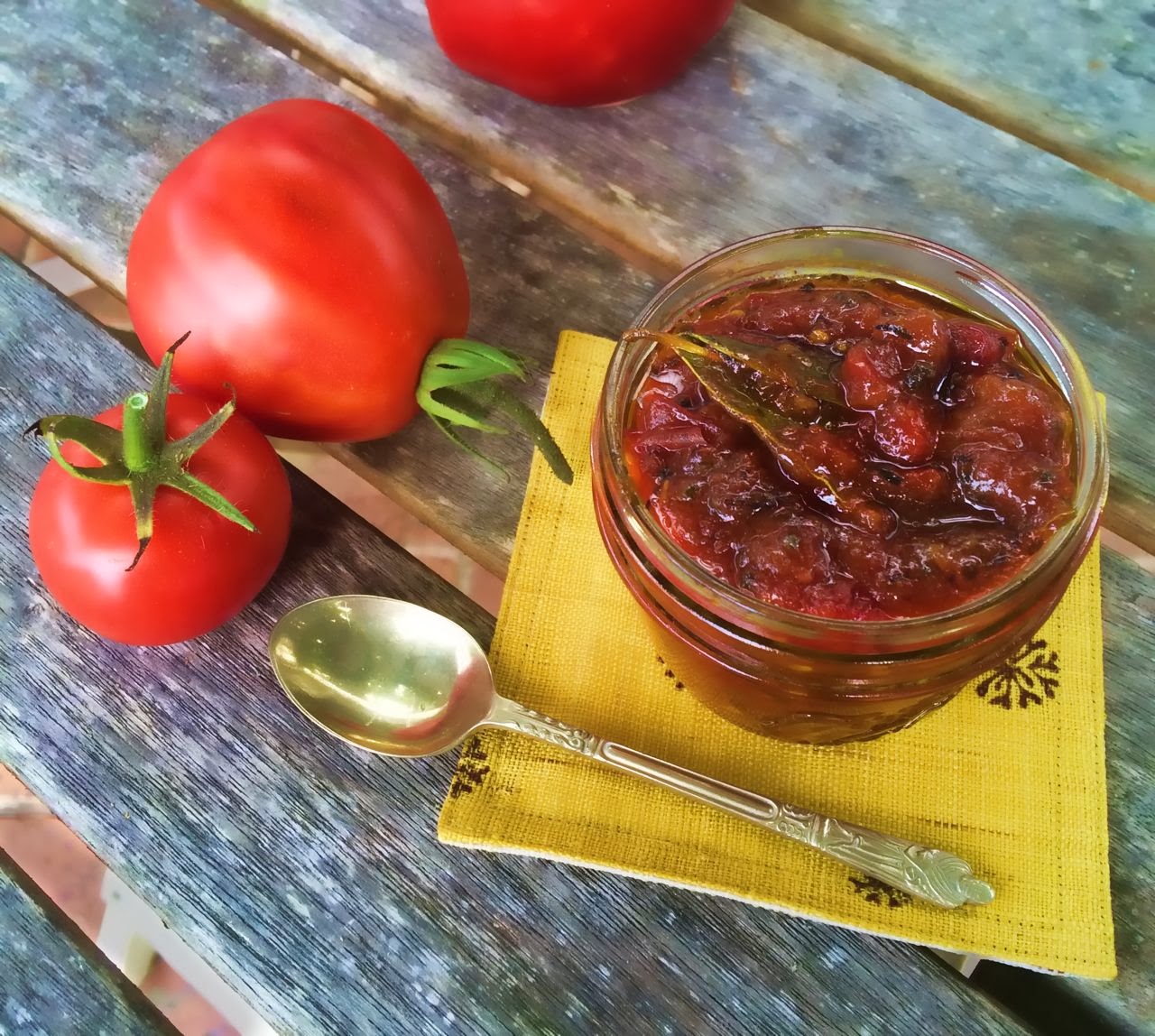 Sometimes I can't face banging around with pots and pans and sterilizing and labelling - all those things that precede a glittering array of sealed jars of bottled fruit and preserved chutneys to see you through the winter.

For those of us who want the tastiness of a spicy tomato chutney without all the fuss, this is a quick and easy recipe adapted slightly from Anjum's New Indian cookbook.   It's been great for using up our little crop of garden tomatoes - especially good smeared over a sandwich or on top of  crackers and our local Mercer cumin gouda cheese.  I've also used it as a relish for corn fritters or add it to spice up a sauce.

It usually takes the two of us some time to polish off a jar of chutney but this one's been so popular that I ended up making another batch after we'd scoffed the first lot in record time.

Adjust the chilli flakes to how much heat you want - I used 1/4 teaspoon the first time, but upped that to 1/2 teaspoon for this last batch for a bit more fire.

Heat the oil in a medium sized heavy based saucepan.  Add the bay leaf, mustard seeds and chilli flakes and cook until the mustard seeds start to pop.

Add the tomatoes and turmeric and stir for a few minutes until soft.

Add the remaining ingredients, bring to the boil and then simmer for 5-7 minutes until thickened slightly.

Cool and place in a sterilized jar (the only amount of fiddling you'll have to do).  Keep in the fridge and use within 7 days. Not hard really.

Posted by Lesley at 8:44 PM No comments: