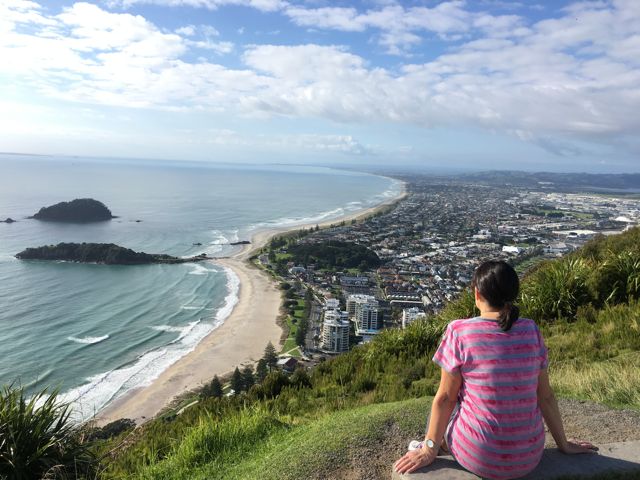 After what must have been five months of summer - best summer I can remember here -  we have gone slap bang into winter with single digit temperatures overnight, extra heaters under the desk in the office and a quick rethink of the summer duvet chill experience. There must be a name for someone who always feel the cold? Every time I voice this feeling of real, not laid-back, chill, I am told I should be used to it coming from Scotland. Hmm....

It's not particularly cold inside the house today but I am sitting here with one thermal layer, one hooded sweatshirt and, topping it all off, a fleece jacket (I took the gloves off when I came inside!). Hard to believe that just six weeks ago Bill and I were basking in the sun in T-shirts on our mini road trip to the aptly-named Bay of Plenty - an area of New Zealand I had yet to discover.

It was a bit scary setting off without pre-arranged accommodation (school holidays, anyone?) but I wanted to cast my eye over the place before deciding.  So, it felt like a bit of an adventure as we headed off towards the Hauraki Plains through Ngatea and stopped in Paeroa for a coffee and a browse around the many antique and second-hand shops. Then it was a quick "we have to do this" photo op at the L&P bottle (which was strangely hard to find) and a short walk through the Karangahake gorge where I attempted to traverse a swingy bridge purely, it seemed, for the amusement of two bored youths jumping up and down on it to make it swing more. Thanks, guys ... now I'm dizzy.

As usual with me, it is always going to be all about the coffee and the food and I was not disappointed. There were a couple of recommended options for dinner at Waihi Beach and I generously let Bill decide. He chose the Waihi Beach Hotel which I was secretly hoping he would. It is strange to have a Hip Group owned restaurant (which honestly would look more in place at one of Auckland's beaches but hey I am not complaining). There were very few diners that Monday night, but the service was friendly and the food was locally sourced, fresh and flavoursome and doesn't leave you feeling too full. That means you get to try one of their gorgeous desserts. Plus, it was just along from where we were staying. 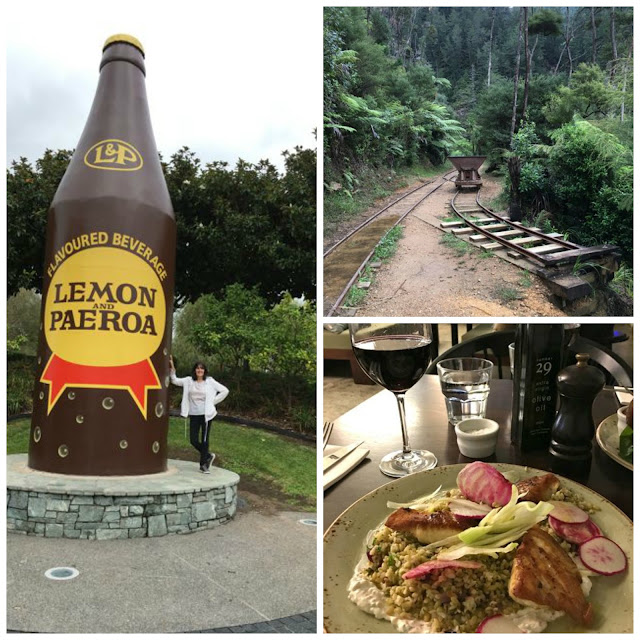 Beach walks, a visit to Waihi township and, of course, Martha's Mine - a vast gold mine pit right alongside, but almost hidden from, the main street.  And apparently there were some award-winning pies in the main street so Bill just had to have one of these.

Moving on, we drove south stopping at Bowentown, climbing a hill to admire the views and murmur about how beautiful New Zealand is. The traffic increased as we headed for Tauranga (and there were lots of roadworks to slow the pace right down) but we were in no hurry.  We hit Tauranga just as the office workers broke for lunch and joined some of them at Alimento for lunch. Good coffee (all I ask for) and so many good-looking salads it took us a while to order.

Tauranga's city centre looked pretty busy. In a store I overheard an assistant wonder why there was such an increase in the town's population. I crept out rather than explain it was Aucklanders evacuating their expensive city.

I was expecting not to like Mount Maunganui and on first experience, driving rather erratically around trying to find the visitor info centre or a place for the night, I was certain of it. Once we'd settled on a place close to the centre, we had a wander. Bill was a perhaps reluctant partner to my shopping but in the end it was he who made the first purchase. What was so delightful about the shopping experience was the many young retail staff who were happy to chat to us, recommend places to eat (Flour & Water - great!) and generally be so charming it really made our trip. So my impressions were wrong. It's a lovely mix of beautiful beaches, good eateries and really good shops. Let's not forget not the Mount itself. I can't.

Mount Maunganui. Something happened to me on that peak. We started our ascent early (but not sunrise early) in the morning. For those of you who don't know me, I have a very sedentary job and have had for most of my life. I am also a bit sloth-like and not keen on exercise. Going up the Mount was a challenge then. Two (possibly three?) times, I stopped and told Bill I didn't think I could continue (in my defence, I wasn't feeling 100% okay either). Each time, we stopped and waited...

A group of tourists had started the climb at the same time as us. One of them was a little man, possibly in his seventies, with a walking stick. Standing on the track taking long, slow breaths, I would see that this little man was catching up with me. My pride would not let him overtake, so each time this happened, I would continue the climb with renewed vigour.  I made it to the top. I'm not sure about the man. He was not at the summit at the same time but I hope he did and I hope he felt the same sense of accomplishment that I did.

A couple of days later we were in Tairua in the Coromandel and I did not hesitate to include myself in a walk up the summit of Paku - something I had not attempted in a number of years. And yes, I got the top there too!

It's funny to think back on that climb up the Mount. It kind of changed everything and I can't explain it. All I know is I feel better since I did it and that is it. That is enough. 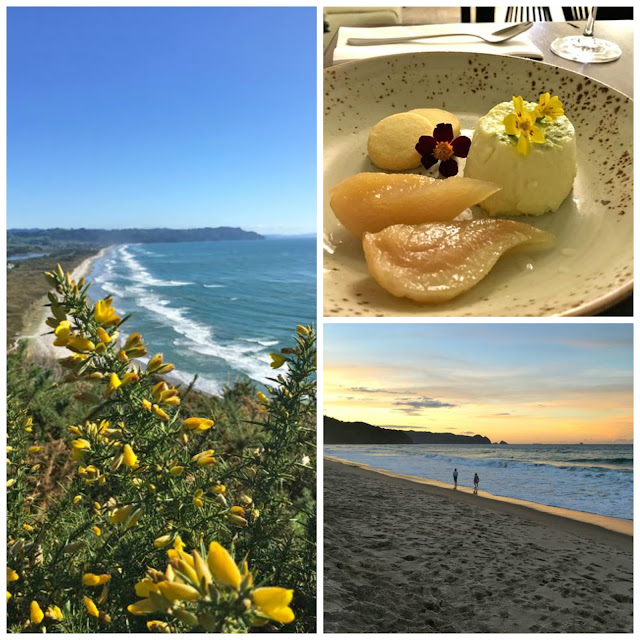