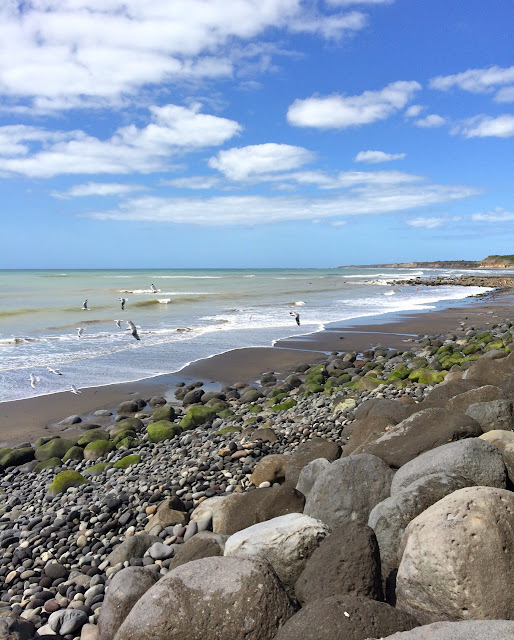 Normal service has resumed, hasn't it? I think so. Well, while it may have resumed on the calendar, on the fifth year anniversary of this blog I feel I need to refocus and rejuvenate - get back to the original idea of having a food blog and blogging about other things, whatever they may be.

This comes after some time spent pondering as to whether or not to continue blogging. But in January I was inspired by other blogs (some food, some non-food) and it hit me that I did want to continue. From now I will be moving in the direction I first envisaged. Bear with me - I'd love that.

With that in mind, I'm leaving you with my favourite books of 2015. There were many good ones to choose from, as well as some re-reads, but these two held a special place in my bookworm heart. Both use the landscape around them in such an evocative way as to immerse the reader completely in the storytelling.

Mr Mac & Me   -   Esther Freud
As a long-time admirer of Scottish architect, designer & artist, Charles Rennie Mackintosh, it was with some trepidation I opened this book. I need not have feared, this gently unfolding story, based on an episode in CRM's life, held me captive throughout its gentle pace. Set at the outbreak of War World 1 in a Suffolk coastal village (a place where Mackintosh and his artist wife, Margaret McDonald, spent some time and which is also the author's home), the narrator, a 12-year old local boy, Thomas, is both suspicious and interested in the artists' lives. Thomas's talent in drawing draws the boy and couple together. The only part which felt out of place was the ending.

Burial Rites - Hannah Kent
In an accomplished first novel, Burial Rites takes the reader to 19th century rural Iceland. As an exchange student in Iceland, the author was fascinated by the real life story of a young woman accused of murder which gave her the inspiration to write her own fictional account. A superb, moving evocation of landscape, isolation, injustice and hardship and the people who inhabit the land.

I found this photo essay very beneficial as a companion to the book.