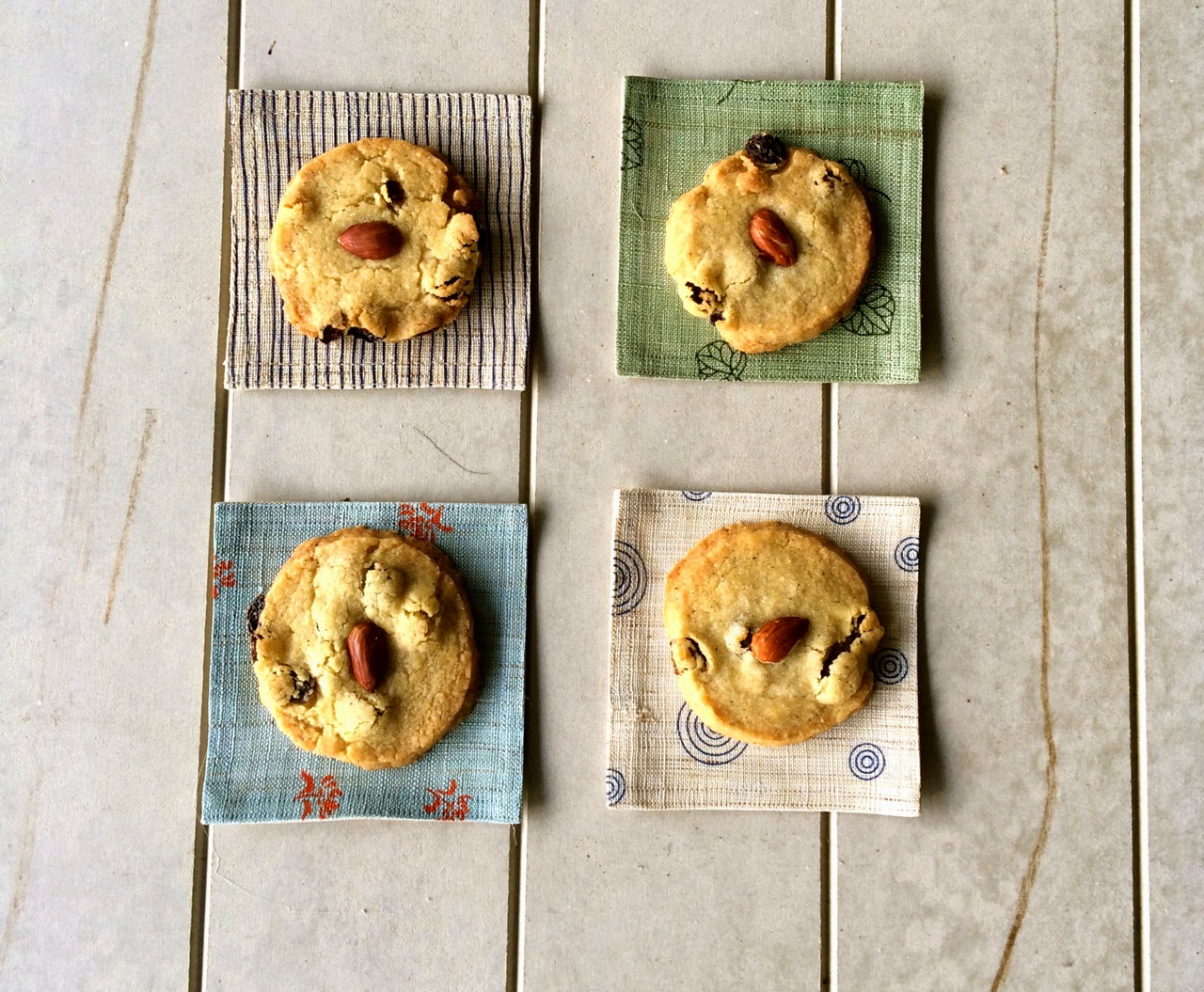 A batch of just-baked shortbread is cooling on the wire tray.  Bill is looking at the biscuits intently.  What‘s he looking for, I want to know? The smallest, the biggest, the ugliest?  Of course it’s the ugliest. He knows I’ll be taking a photo for the blog and saving the best for that.  Stealing a perfect biscuit could mean a rap on the knuckles with the rolling pin for him. But he also wants one while they’re still hot. They may never taste as good. I take a bite of his.  He’s right.  I take the runner-up in the ugly contest. God, it’s divine. Warm, soft but slight crunch at bottom edges, buttery, rich.  Every inch of willpower is needed to hold me back from having another one. Having had it drummed into me from an early age I’m very good at holding back until the baking has cooled.  Not any longer. Hot shortbread is my new love.

I adapted this slightly from a recipe from New Zealand chef, Peter Gordon.  I substituted the rice flour with semolina and used all white flour instead of a mix of wholemeal and white, only because I didn’t have either.

One day I’ll try the true version and let you know how that turns out.  In the meantime, I’d rate this one of the top shortbread recipes I’ve tried.  I halved the recipe and managed to get 13 or 14 biscuits. I’ve given the full recipe below (my version) which Mr Gordon says yields 20 serves but you may get more than that.  Instead of hand-beating for the first step, you can blitz for a few seconds in a food processor, scrape down and blitz again.

And don’t forget to try them while they’re still hot!

Preheat oven to 180°C and line a baking tray or two with baking paper.

Place the butter, sugar and allspice in a bowl and beat until smooth and well-combined, scraping down the sides once and beating again.

Add the sultanas, semolina and flour and beat until dough just comes together.  Place on a worktop and gently knead for a few seconds.

Roll the dough out on a gently floured board and cut out biscuit shapes using a cutter.  (Alternatively you can just pull bits from the dough, roll them into balls and press flat with your fingers or a fork onto the tray.)

Using the extra two tablespoons of caster sugar, sprinkle the tops of all the biscuits.  Push a halved almond into the middle of each biscuit. Rest in the fridge for 10 minutes before baking until golden for approximately 15 minutes.

Remove from the oven and leave to cool a few minutes on the tray.  Transfer to a wire rack to cool (or not as the case may be – do try them when they’re hot!).