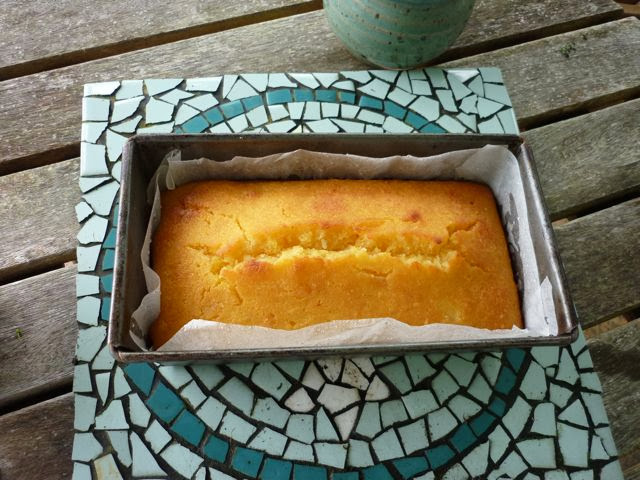 If you ever get fed up smelling the roses, try orange blossom water instead.  Gorgeous.  I’ve been inhaling the heady scent since dousing these cakes with it.  And in case that’s not enough, you can flavour the yoghurt with it too.

I took one of these loaves along to our December book club’s pot luck dinner. It was a lovely way to end our year of book club sessions – wine, food and conviviality.

The cake is about as simple as it can get – whisk the wet, stir the dry, mix together, pour into tins and bake.  It has that thick open texture you normally get with such cakes. The marmalade gives it a slight bitterness but it’s the orange blossom that gives it the edge in flavour and aroma.

In a bowl, whisk together the oil, orange juice, marmalade, eggs and orange zest until the marmalade dissolves.

In a separate bowl, mix all the dry ingredients and add to the wet.  Mix until well combined – it will be quite runny.

Divide the filling between them.  Bake for 45-60 minutes, or until a skewer inserted in the middle comes out clean.  They should be orangey-brown on top.

Near the end of baking time, place the syrup ingredients in a small saucepan and bring to the boil.  Remove from the heat.

As soon as the cakes come out the oven, brush them with the hot syrup using a pastry brush.  Do this several times, leaving the syrup to soak in before applying again, until all the syrup is used.  You’ll enjoy this as the perfume wafts into the air.

Once the cakes have cooled down a little, remove from the tins and leave to cool completely.

Serve with coconut yoghurt or Greek yoghurt flavoured with a drop of orange blossom water.

Like citrus?  Try my favourite lemon cake of all. 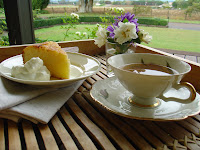