I’ve been neglecting my etcetera.  That’s the part where I diverge from "eat" and think about something else for a change.  So lately I’ve been:
watching….
﻿ ﻿
I’m not sure how qualified I am to say anything about Black Swan as I watched about one third of it with my hands over my eyes (thanks to Natalie at The SoHo for the warning!).  Such was the intensity of this film that even when nothing was happening, or going to happen, you just imagined it would.  The soaring, loud music, the claustrophobic tension of scenes, and the stalking, handheld camerawork, added to the suspense.  Then there were the constant reflections in windows and mirrors, creating confusion over what was real and what was imagined, not only for Nina, the main character, but for the audience too.  Did I enjoy it?  No - I was tense throughout and exhausted at the end.  But I very much admired it and was captivated by its cleverness.  It had me on edge throughout and I kept thinking about it long after it was over – always a good sign of an interesting movie.
﻿﻿﻿ ﻿﻿﻿
Both Black Swan and The King’s Speech have one thing in common – an outstanding lead actor who is so absorbed and convincing in the role that they take the film to a different level.
I expected The King’s Speech to be somewhat dry and fusty so I was pleasantly surprised by its humour, its warmth and its humanity.  It was not the great film I expected, but it was nonetheless very good and entertaining. The only jarring point for me was Timothy Spall’s portrayal of Churchill, which to me was overdone and almost comical to watch.
appreciating….
﻿ 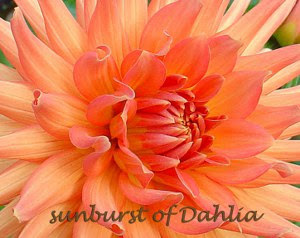 Once the pride and joy of small, suburban garden beds tended mainly by the retired or the elderly, the dahlia is apparently experiencing a revival.  Not before time.

In my dining room, a small but perfectly formed reminder of my hometown.
In Scotland, the term 'tenement' lacks the pejorative connotations it carries elsewhere, and refers simply to any block of flats sharing a common central staircase and lacking an elevator, particularly those constructed prior to 1919. Tenements were, and continue to be, inhabited by a wide range of social classes and  income groups. (Definition from Wikipedia.)
Posted by Lesley at 10:55 AM