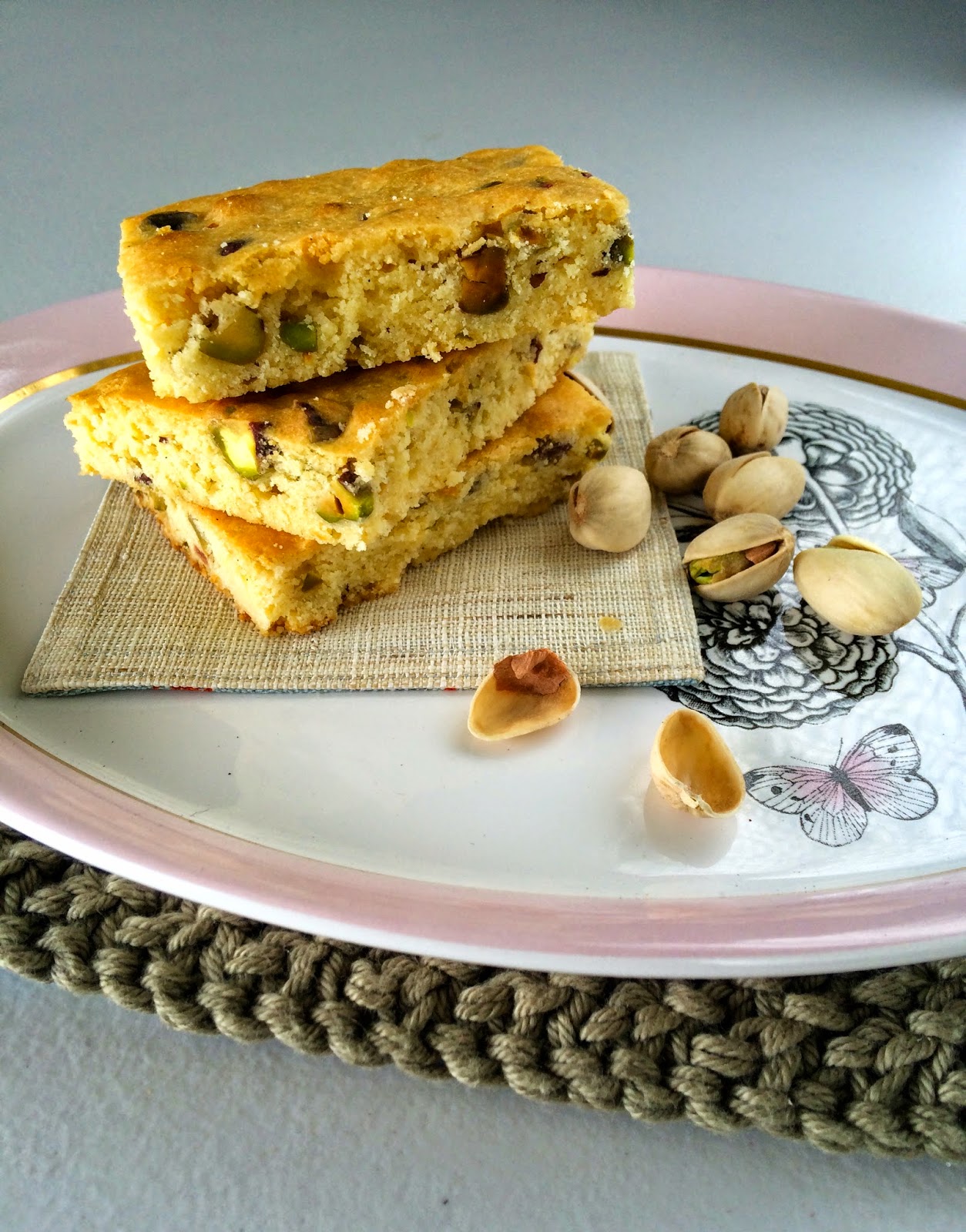 A month has slipped by since my last post - something I didn't realize until I saw the date. I'm not complaining - seriously I'm not - but, as fellow food bloggers will know, writing a blog takes some time.  Typing the recipe is the easy part then you've got to be a food stylist, photographer and writer all in one. Sometimes it falls together easily. Mostly it doesn't. It takes dozens of different props, styles, layouts until I'm happy with the result. I take my own photos. This may involve several rounds of shoots. If all else fails, I go out shopping and instruct the amateur photographer to have a go whilst I'm out!  Writing either comes easy or it's a struggle - 99% of the time it's the latter. Some days I write an entire post and wipe it completely the next day, wondering how I ever thought it good enough.  Then on rare occasions I'll write something totally off the cuff and it works. Go figure.

I baked blondies this weekend for the first time. These were from the Hummingbird Bakery cookbook but I used pistachios instead of pecan nuts. Blondies are the paler version of brownies (in more ways than one, I think) made with white chocolate. The end result was very tasty but  more "cakey" than fudgy brownie. I may have over-beaten the mixture or overcooked them (though I took them out a good 15 minutes before the recommended time) but I did note later that some other bloggers had the same result. They're still worth doing, just don't over-mix and keep an eye on them cooking. They need to be a bit soft in the middle when you remove them from the oven. I would definitely do them again as, apart from shelling the pistachios, they were quick and easy. Would they win over dark chocolate brownies?  I don't think so.

Place the white chocolate and butter in a large heatproof bowl over a saucepan of simmering water. Don’t let the water touch the base of the bowl. Leave until melted and smooth. Remove from heat.

Add the sugar and stir until well incorporated.

Add the eggs and vanilla extract or essence, stirring briskly (but not over-mixing) as you don’t want the eggs to scramble. The mixture may look like it is starting to split but it will be fine.

Add the flour, salt and pistachios and stir until well incorporated.

Spoon the mixture into the lined baking tray and bake for 35-40 minutes, or until golden brown and the centre is still soft.